This month I Spotted Flycatcher

The patch has been wet - very wet - for most of May. And when it hasn't been wet, it's been cold and/or windy.

I definitely underestimated the cold (just 3 degrees centigrade) when I set off at 6am on 1st May for a walk around the full perimeter of the village patch - down to Whitnash Brook, past Crown Hill to the Fosse, and back again.

But if the weather conditions were in in stark contrast to those of a year ago, the birds didn't seem to mind much. My morning haul was pretty much the same as it had been 12 months earlier, a mix of year-round farmland birds (Skylark, Yellowhammer and Linnet) and the newly returned warblers (Chiffchaffs, Whitethoat and a single Lesser Whitethroat).

The only less regular sightings were a Red-Legged Partridge and a Roe Deer, although pleasingly there did seem to be more Swallows around this year. I counted 7 in all, so fingers crossed that the wet weather we've had since then hasn't set their breeding season back too badly.

By contrast with that cold and grey morning trudge through some very muddy fields, Leam Valley nature reserve was looking glorious when I visited on 16th May. A welcome break in the weather, however brief, meant I got to see the site in its spring best - hawthorn bursting into blossom, red campion and speedwell joining the late bluebells, and the meadow a riot of yellow with buttercups, dandelions and cowslips.

Some days are just good birding days, and this was one. As well as the decent weather, I found myself in just the right frame of mind to take my time, check out every sight and sound, and properly savour the day.

As a result I probably watched as many birds - not species, just individual birds - as on any trip in recent memory.

The morning started with a line of Canada Geese swimming towards the Radford Road bridge, mum and dad front and back, casting careful glances around for anything which might harm the two goslings lined up between them. It finished with a handsome male Reed Bunting singing atop a stem in Radford Meadow.

And in between there were highlights aplenty:a Nuthatch low on the riverside willows; a male Bullfinch feeding and whistling softly in the hawthorn scrub; a pair of Swallows criss-crossing a paddock; some obligingly showy Reed Warbles in good voice; and a Little Grebe teaching its chick to feed with constant diving, first one, then the other, then both together.

But my favourite find was real testimony to the benefits of slow birding, thoughful birding or, as one book suggests*, mindful birding. Because today, in a reserve full of blackcaps and blackcap song, I didn't simply chalk a little brown warbler-sized bird down as a female blackcap and move on.

Instead I watched it for a bit until it emerged out of the shadows, revealing first a streaked chin, then two-tone marking along the primary feathers and finally, as it turned towards me, a streaked crown. It was a Spotted Flycatcher, a bird I've seen in various parts of my patch before (albeit in depressingly reduced numbers in recent years) but never at Leam Valley.

These characterful little birds are always late returners to the UK, often as late as mid May, so this bird could still be on passage northwards, or it may have settled here for the summer. Either way, after a few 'nothing special' trips it was a welcome reminder to take time to appreciate every individual bird and to take nothing for granted.

*The Art of Mindful Birdwatching by Claire Thompson, a lovely book about the aspects of birdwatching which I think are probably the most important (and often, sadly, the most neglected). 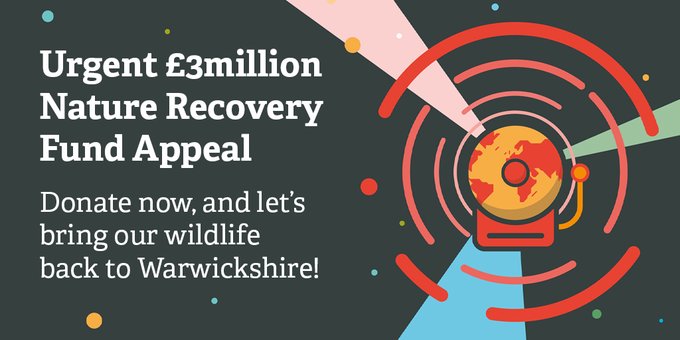 ...to the Hornet's Nest, a blog about the birds and natural history of Warwickshire and beyond.